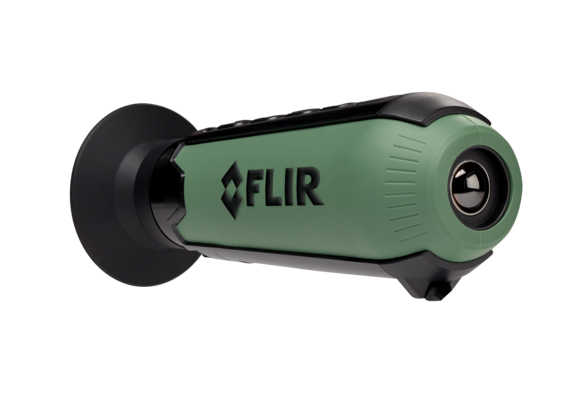 Not everything in this world is made better by hooking it up to a smartphone. Sometimes you just want to be able to whip our your thermal monocular at o-dark-thirty to see if a fox is trying to sneak into your hen house again.

That’s where FLIR thinks its “affordable” Scout TK comes into play. Introduced at CES on Tuesday morning, the Scout TK is a waterproof, ruggedized monocular that lets you see in the infrared spectrum up to 100 yards away.

The Scout TK can snap up to 1,000 images or hold up to 4 hours of video too. It recharges through micro-USB and the company says it can be used for five hours on a charge.

The resolution of the thermal images is fairly low at 160×120, but FLIR says it does image processing to clean up the image. I’d agree after seeing the sample images FLIR provided.

The refresh rate on the Scout TK is pretty low as well, at just 9Hz, but at $599, it’s actually pretty reasonable considering most thermal monocular devices are more than twice its price. (Anything over 30Hz gets you the attention of the federal government too.) The Scout TK’s only real competition now is Seek’s Reveal—another handheld unit that’s even lower in cost.

While a smartphone based thermal imager such as FLIR’s One is cheaper (well, when you don’t count the cost of the phone) it’s more delicate and doesn’t have the same run time. Getting it up and running also takes longer so you won’t be able to spy that fox skulking through your yard.