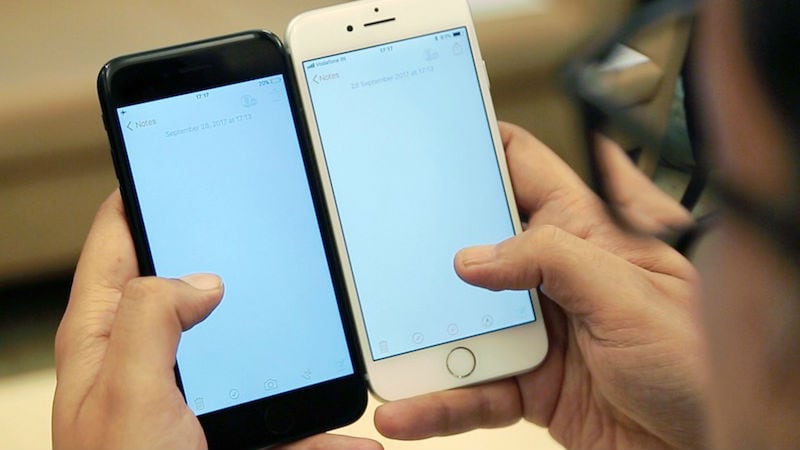 Gaining ground, Apple improved its position in the US smartphone market during the second quarter of 2018, eating into Android’s share and equalising its standing with rival Samsung, a report said on Wednesday.

The iPhone-maker’s iOS platform accounted for 36 percent of US activations as compared to 63 per cent for Android, said Consumer Intelligence Research Partners (CIRP).

When it comes to brand loyalty, Apple ended the quarter with a 36 per cent share of activations. Samsung too had 36 per cent of the market.

The US smartphone market further consolidated in the quarter ending June, with iOS improving its take from the previous year.

“Apple iOS improved its share of activations relative to last quarter and to one year ago,” Apple Insider reported, quoting Josh Lowitz, Partner and Co-Founder of CIRP.

“This reverses the trend from a year ago, when Apple’s share fell relative to the March 2017 quarter. As we’ve seen before, consumers have become increasingly loyal to an operating system,” Lowitz added.

CIRP expects things to even out with the Cupertino-headquartered giant taking one-third of the market and tech titan Google taking two-thirds.

According to Lowitz, a further consolidation of smartphone sales is in the offing with Apple and Samsung leading the way.

According to the report, Apple had its best holiday quarter ever in February though iPhone sales were down 1.2 per cent (year over year) with 77.3 million units.

Smaller smartphone players such as LG and Motorola have lost ground over the past year, a trend which is expected to continue in the months ahead.

The findings were based on a survey of 500 people who activated new or used phones during April to June 2018, according to MacRumors.