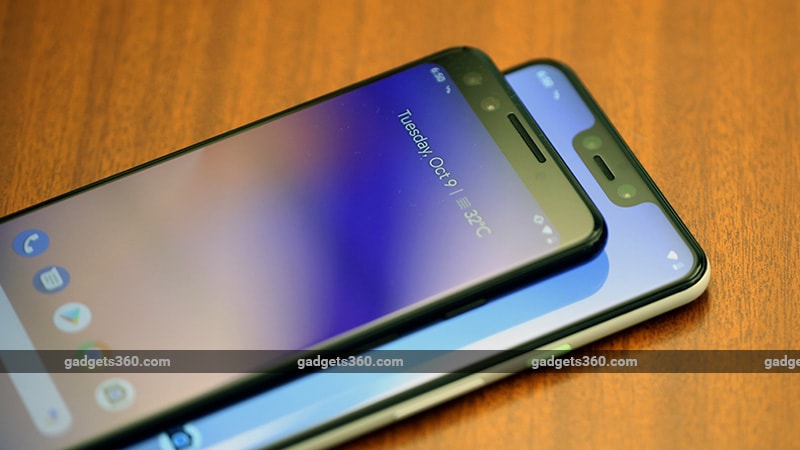 Google Pixel 3₹ 60,998 series has received a gamut of complaints from early adopters, and one of the most recent issues reported by several users was a camera bug that brings a fatal error every time they tried to use the Google Camera app, and a can’t connect errow then they tried to open the camera app via a third-party app. Google has now responded that it is aware of the issue, and is looking to roll out a fix in the coming weeks.

Talking about the issue, Google responded to a query from 9to5Google stating that the camera issue is known, and a fix will be rolled out. “We’ve seen reports from a small group of customers who have encountered a bug when using Pixel Camera from within third-party apps. A fix will be rolling out in the coming weeks. In the meantime, for people affected, you can use Pixel Camera without limitations and share images to third-party apps.”

The company, however, did not respond to queries regarding refusal to replace units. Affected users who reached Google’s support team were refused a replacement unit. The support team reportedly instead pushed most of the affected users to wait for a software fix.

As mentioned, the bug throws up a ‘fatal error’ for some users trying to open the native camera, and gives a ‘can’t connect to camera’ message for those trying to access it via third-party apps. The bug unfortunately renders impressive photography results of the Pixel 3 series as redundant, if the app can’t even be accessed. A large number of users have reportedly encountered the problem at the time of using the camera of the Pixel 3 and Pixel 3 XL. Refusal of replacement of these units means that these users have no option but to wait it out till a software fix is rolled out.

This bug is reminiscent of a similar issue found on the Pixel 2 and Pixel 2 XL earlier this year. Users reported a similar ‘fatal error’ that was crashing the preloaded camera app. Google initially provided a temporary workaround that was through a binary patch. However, that workaround was limited to users who have rooted their Pixel 2 phones.