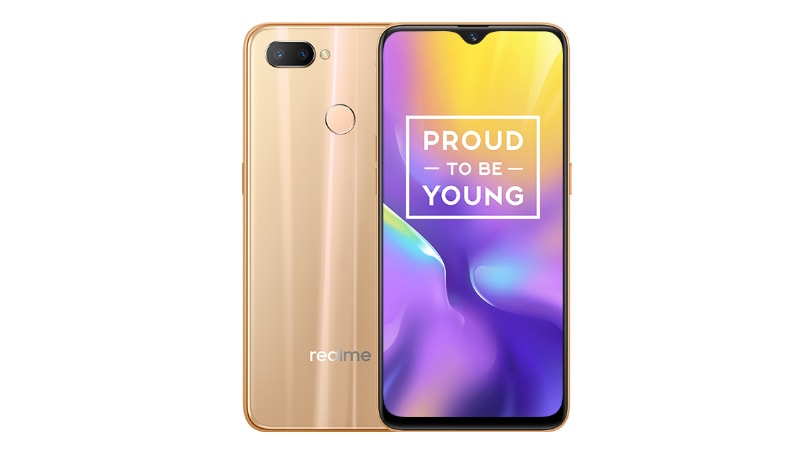 Realme had announced earlier that it has managed to rake in 4 million users since launch last year, and to commemorate that feat, it announced the Realme Yo Days sale last week. The sale began today, and will go on till January 9. It will see the first sales of the Realme U1 Fiery Gold and the Realme Buds, and will also give away goodies like the Tech Backpack for just Re. 1. The Realme 2 ₹ 9,999 is available openly alongside the Realme 2 Pro ₹ 13,990, and the Realme C1 ₹ 7,798 as well.

Starting with the first sales, the Realme U1 Fiery Gold version, which was announced alongside the Ambitious Black and Brave Blue colour options, will be made available for the first time today. The sale is already live, and users can head on over to the site to purchase the new colour option today. Users can opt for the other two colour options as well, if they so prefer. The company says that the first 500 customers who order Realme U1 every day from January 7 to January 9 will get free Realme Buds.

The company’s other phones – the Realme C1, Realme 2, and Realme 2 Pro – are up for grabs as well. The Realme 2 is priced at Rs. 9,499 for the 3GB RAM + 32GB of inbuilt storage, and the 4GB RAM + 64GB storage version is priced at Rs. 10,990. The smartphone is available in Diamond Blue, Diamond Red, and Diamond Black colour options, and the MobiKwik offer applies here as well. Key highlights of the Realme 2 include a display notch, a dual camera setup at the back, a diamond cut gradient design, and a 4,230mAh battery.

The Realme 2 Pro is also listed in the sale, and its price in India starts at Rs. 13,990 for the 4GB RAM/ 64GB storage model. The 6GB RAM/ 64GB storage variant, on the other hand, costs Rs. 15,990 and the 8GB RAM/ 128GB storage model is priced at Rs. 17,990. The smartphone comes in three colour variants – Black Sea, Blue Ocean, and Ice Lake. Offers include 10 percent cashback (maximum up to Rs. 1,000) on payment via MobiKwik. The key features of the handset include 8GB RAM, the Snapdragon 660 SoC, a waterdrop (aka Dewdrop) display, horizontally positioned dual rear camera setup, and more.

Meanwhile, the Realme C1 comes in only one 2GB RAM + 16GB storage variant and its price in India is Rs. 7,499. The MobiKwik offer applies here as well, and it is available in Black and Blue colour options. It packs the Snapdragon 450 processor, a 4,230mAh battery, and comes with a display notch.

As mentioned, the Realme Tech Backpack, which is originally priced at Rs. 2,399, can be grabbed for only Rupee. 1 during the three-day sale. Up to 100 backpacks will be offered for Rupee 1 from January 7 to January 9 at 12 noon IST. After the 100 backpacks are lapped up, the price will again go back to Rs. 2,399. Users are advised to register and fill in their payment and address details in advance to try and grab this deal every day at 12 noon. You can view all the deals here.