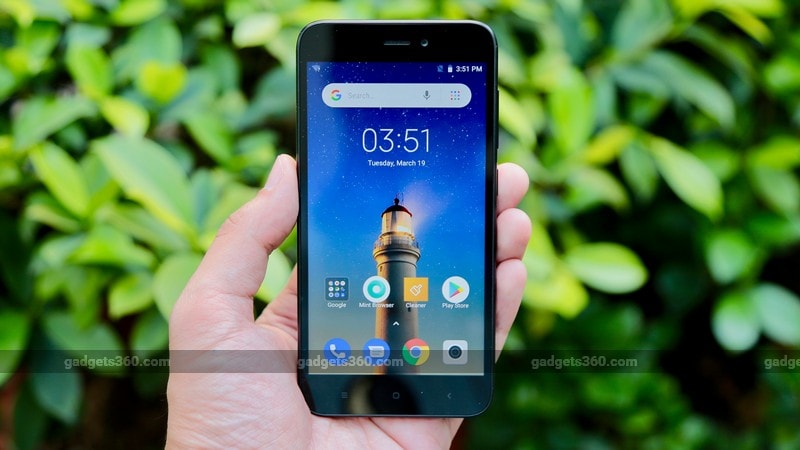 Redmi Go is available to buy right now on Flipkart and Mi.com

Xiaomi’s Mi Fan Festival 2019 is underway and the Redmi Go is up for grabs on Flipkart and Mi.com in an open sale manner. The Redmi Go was launched in India last month, and it is the company’s first Android Go phone with the most affordable price tag yet from Xiaomi in India. As part of the festivities, Redmi Go is up for sale 24×7 on Flipkart and Mi.com both. The phone is made available in Black and Blue colour options.

Redmi Go₹ 5,500 has been made available in India with a price tag of Rs. 4,499. The phone is listed on Flipkart with no-cost EMI options, exchange offer, and 10 percent off on Axis Bank Buzz Credit Card. Mi.com has also listed an exchange offer, Rs. 2,200 cashback and additional 100GB Data free with Jio, and Mi Protect at Rs. 399. The open sale is part of the Mi Fans Festival 2019 which ends on April 6.

The dual-SIM (Nano) Redmi Go runs Android 8.1 Oreo (Go edition) and sports a 5-inch HD (720×1280 pixels) display. It is powered by a quad-core Qualcomm Snapdragon 425 SoC, coupled with 1GB of RAM and the Adreno 308 GPU. Xiaomi has announced a single inbuilt storage variants of the Redmi Go in India – 8GB – and it is expandable via microSD card (up to 128GB) with its own dedicated slot.

Redmi Go features an 8-megapixel rear camera with 1.12-micron pixels, an f/2.0 aperture, and a single LED flash module. The company is also touting full-HD video recording, apart from HDR features, real-time filters, and smart scene detection. On the front, the Redmi Go bears a 5-megapixel camera, with 1.12-micron pixels and an f/2.2 aperture. HDR features for the front camera were also touted – said to be a feature that’s new for the entry-level segment.

Sensors on board the Redmi Go include an accelerometer, ambient light sensor, and a proximity sensor. The Redmi Go measures 140.4×70.1×8.35mm and weighs 137 grams. It runs on a 3,000mAh battery that the company touts can provide a standby time up to 10 days. The company is also boasting of the presence of two microphones which help reduce noise on calls – its dual mic noise reduction system.