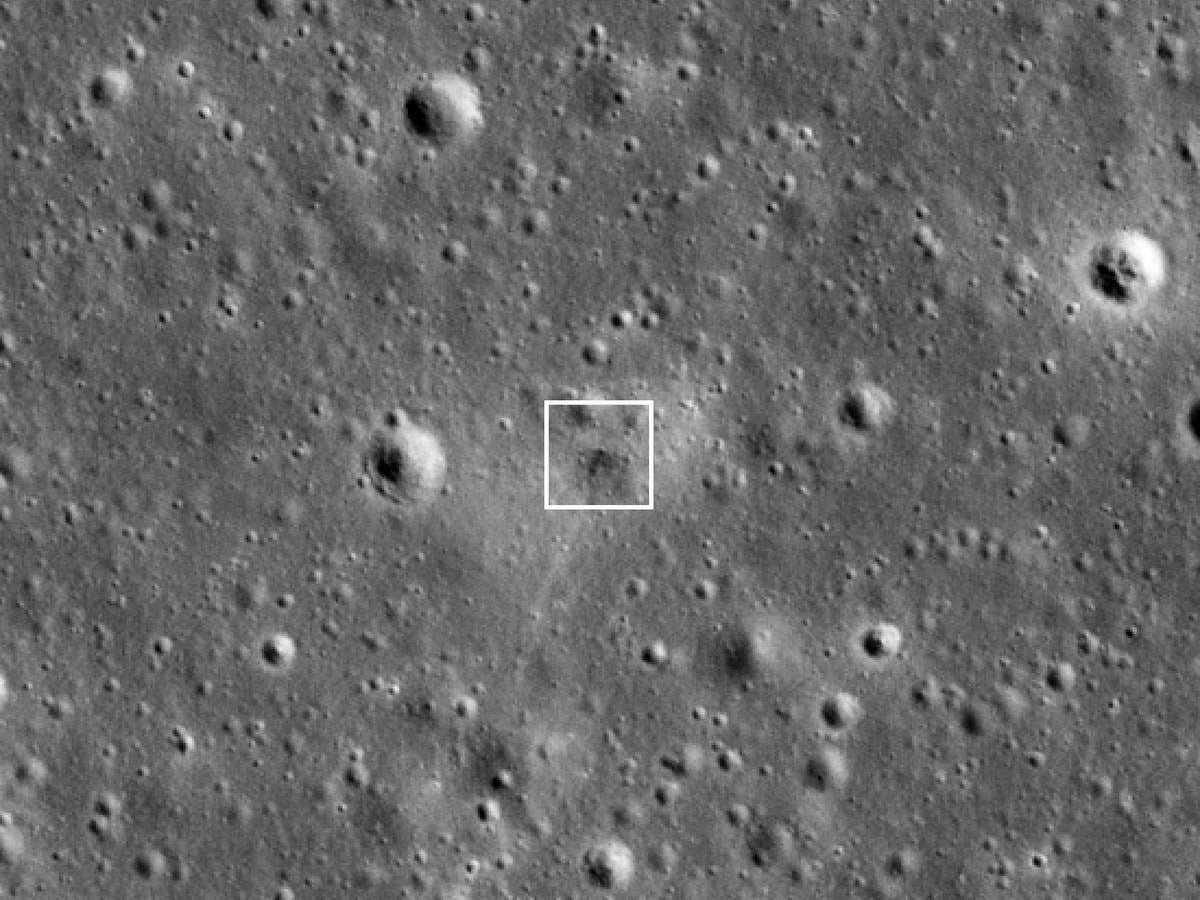 NASA’s Moon-orbiting spacecraft has spotted the impact site of the Israeli Beresheet spacecraft on a region of the Moon called “Sea of Serenity” where it crash-landed on April 11.

SpaceIL, a non-profit organisation, attempted to land its spacecraft on top of a SpaceX Falcon 9 rocket in the ancient volcanic field on the nearside of the Moon on April 11.

After a smooth initial descent, Beresheet made a hard landing on the surface.

As soon as its orbit placed NASA’s Lunar Reconnaissance Orbiter (LRO) over the landing site on April 22, LRO imaged Beresheet’s impact site, NASA said in a statement on late Wednesday.

LRO took the impact site image from 90 km above the surface.

“The cameras captured a dark smudge, about 10 meters wide, that indicates the point of impact. The dark tone suggests a surface roughened by the hard landing, which is less reflective than a clean, smooth surface,” said the US space agency.

LRO could not detect whether Beresheet formed a surface crater upon impact.

Another possibility is that Beresheet formed a small indent instead of a crater, given its low angle of approach, light mass and low velocity.

“There are many clues that we’re actually looking at a man-made crater instead of a meteoroid-caused one. This is an important consideration, since the Moon, having no atmosphere, is constantly bombarded by space rocks that leave craters,” said NASA.