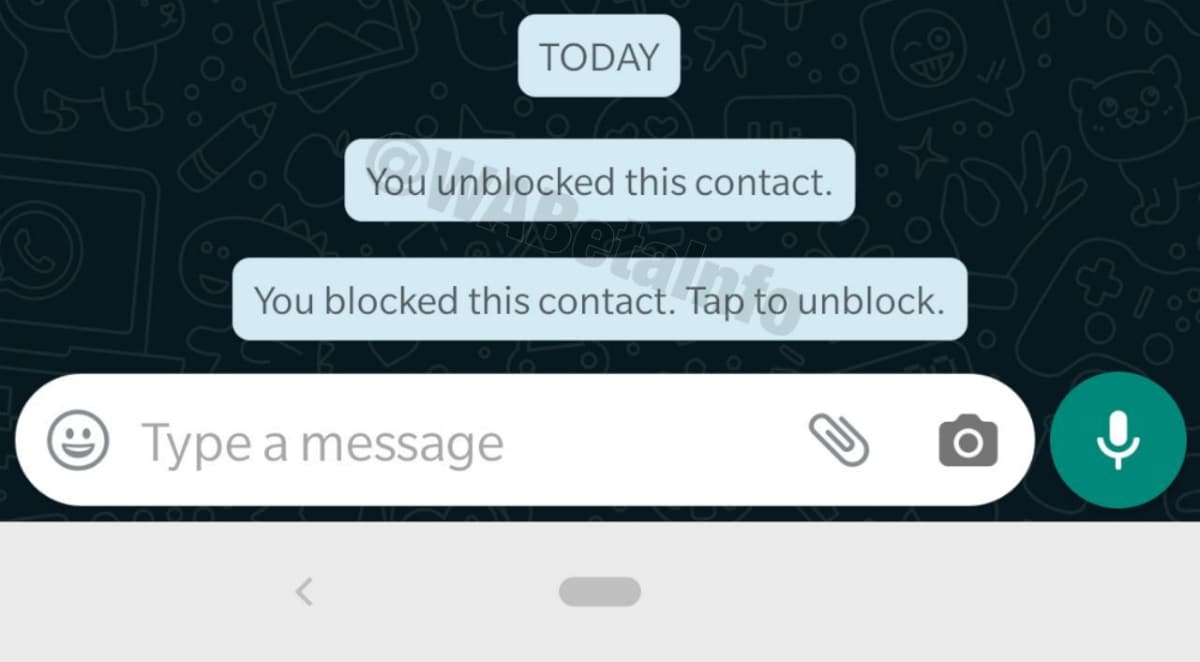 WhatsApp has released beta app updates for both Android and iPhone users, and these updates offer hints on developing features. The Android app beta version 2.19.332 hints work on two features, one that shows blocked contact notice in the chat, and another that groups blocked contacts into different categories. WhatsApp for iPhone app beta version 2.19.120.20 brings all the redesign elements, including profile photo logo, some icons, and even read receipts. References of the new multi-platform system have been found in the latest WhatsApp for iPhone beta as well.

Starting with the WhatsApp beta 2.19.332 for Android, features tracker WABetaInfo reports that WhatsApp is developing a new feature that will show in the chat when you have blocked or unblocked a contact. Every time you block a contact, WhatsApp will add a bubble in the chat reporting “You blocked this contact. Tap to unblock.” The same happens when you decide to unblock a contact. The tracker notes that this bubble will be added in your chat only, and the contact you have blocked won’t be notified about it.

Another feature spotted in the latest beta is the ability to segregate your blocked contacts into categories. This feature will automatically group your blocked contacts list following a specific criteria, which means all your business contacts will be moved on a different section. The tracker says that the new arrangement will be automatic, and that you won’t have to manually set a contact as Business, WhatsApp will learn which contacts are businesses and they will be moved in the second section. Of course, this change will be introduced in your Blocked Contacts only. Both the above mentioned features are still under development that means they won’t show up even if you are on the latest beta.

Coming to WhatsApp beta 2.19.120.20 for iPhone, WhatsApp has redesigned the Splash Screen adding references to Facebook. The same logo has been implemented in WhatsApp Settings as well, redesigning the old footer. The tracker notes that the redesigned footer may not appear on the Splash Screen, for some users.

The latest update also brings a redesign of few elements, and the most notable ones include different cell animations, redesign of read receipts, chat icons, and more. Some instances of the rumoured multi-platform system were also spotted in this update. To get access from a second device to a WhatsApp account, WhatsApp needs a registration code. This code will be sent to the main account used on the primary device, and will splash a warning. WhatsApp notifies now when someone requires a registration code for your account. This will enable a more secure way of using the multi-platform feature whenever it gets released in the future.