The Trump administration has determined that top Chinese firms, including telecoms equipment giant Huawei Technologies and video surveillance company Hikvision, are owned or controlled by the Chinese military, laying the groundwork for new US financial sanctions, according to a document seen by Reuters on Wednesday.

A US defense official, speaking on condition of anonymity, confirmed the authenticity of the document and said it had been sent to Congress. Washington placed Huawei on a trade blacklist last year over national security concerns and has led an international campaign to convince allies to exclude it from their 5G networks. 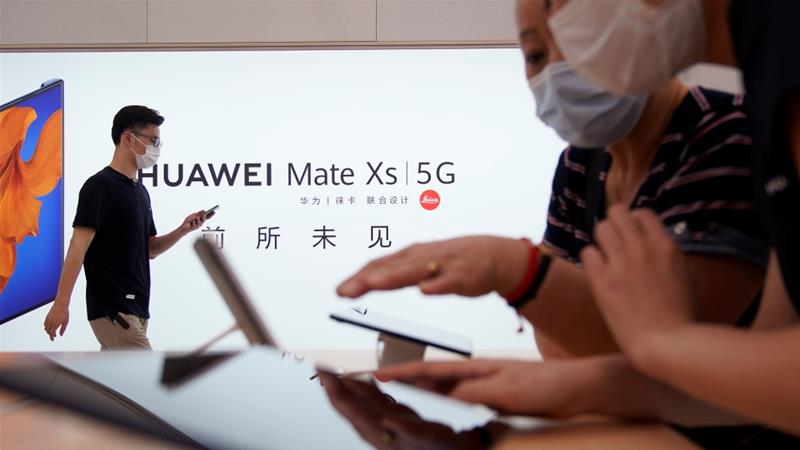 The list of 20 companies that Washington alleges are backed by the Chinese military and operate in the United States was first reported by Reuters. It also includes China Mobile Communications Group and China Telecommunications as well as aircraft manufacturer Aviation Industry Corp of China.

The designations were drawn up by the Defense Department, which was mandated by a 1999 law to compile a list of Chinese military companies operating in the United States, including those “owned or controlled” by the People’s Liberation Army that provide commercial services, manufacture, produce or export.

The Pentagon’s designations do not trigger penalties, but the law says the president may impose sanctions that could include blocking all property of the listed parties.

Huawei, Hikvision, China Mobile, China Telecom, AVIC, and the Chinese Embassy in Washington did not respond to requests for comment.

The Pentagon has come under pressure from lawmakers of both US political parties to publish the list, amid rising tensions between Washington and Beijing over technology, trade and foreign policy.

“Will you commit to updating and publicly releasing this list as soon as possible?” they asked in the letter.

On Wednesday, Cotton and Gallagher praised DOD for releasing the list and urging the president to impose economic penalties against the firms.

The White House did not comment on whether it would sanction the companies on the list, but said it saw it as “a useful tool for the US Government, companies, investors, academic institutions, and likeminded partners to conduct due diligence with regard to partnerships with these entities, particularly as the list grows.”

The list will likely add to tensions between the world’s two largest economies, which have been at loggerheads over the handling of the coronavirus pandemic and China’s move to impose security legislation on Hong Kong, among multiple points of friction that have worsened this year.

The list “is a start, but woefully inadequate to warn the American people about the state-owned and -directed companies that support the Chinese government and Communist Party’s activities threatening US economic and national security,” Republican Senator Marco Rubio, who sponsored the Uighur bill, said in a statement.

Spotlight on US ties

The list will also turn a spotlight on US companies’ ties to the Chinese firms as well as their operations in the United States.

The companies did not immediately respond to requests for comment.

Many of the companies listed are already in the crosshairs of US regulators. Both Huawei and Hikvision were added to a Commerce Department blacklist last year, which forces their US suppliers to seek licenses before selling to them.

In April, the US Justice Department and other federal agencies called on the Federal Communications Commission to revoke China Telecom (Americas) Corp’s authorisation to provide international telecommunications services to and from the United States. The telecoms regulator rejected a similar request by China Mobile last year that had been pending for years.