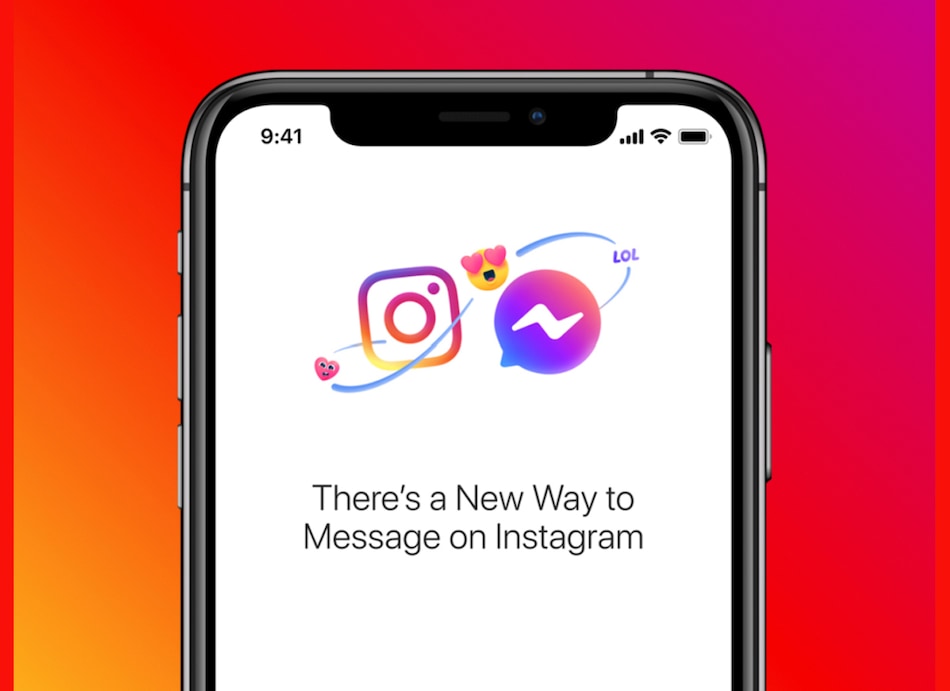 Photo-sharing platform Instagram on Wednesday started rolling out the option to connect Instagram direct messages with Messenger. It means that one can now send messages to Messenger people from Instagram, and the other way around.

Facebook Facebook announced the update in a blog post. The feature will show up to some users when they open the app. Users can still keep their Messenger and Instagram DMs separate if they wish to do so.

However, if the user does update, the somewhat simple messaging experience on Instagram will become very similar to Messenger. This means Instagram users will be getting features such as message forwarding and customising chat threads with custom colours and nicknames.

A bunch of new features, including selfie stickers, Watch Together (which lets you watch trending videos with friends) and vanish mode, which enables you to set messages to automatically disappear after a certain time has also been added. Facebook said that some features will hit Instagram first and arrive on Messenger soon after that.

The merge makes it easier for people using just one of those platforms to reach out and contact people on the other platform, without the need to download a separate app. Moreover, the messages and calls from Instagram to Instagram users will stay in the Instagram app.

However, Facebook did not mention encryption as part of this update. According to Wired, the company plans to add end-to-end encryption to Instagram in the future, but there’s no clear timeline yet.

Facebook will be introducing this update to users over the next few months.