Google Pixel 5 uses five clips to secure the display to the unibody, as per the video teardown

Google Pixel 5 video teardown shows how the smartphone supports wireless charging despite the aluminium body. A video teardown of the phone by PBKreviews showed that there is a large cutout right in the middle of the aluminium shell, so that the magnetic charging cool can work. Aside from this, the teardown also revealed details such as the location of the NFC chip, under display speaker, and a look at how the display is secured to the unibody design.

The Just Black variant of Google Pixel 5 was disassembled in the video uploaded on YouTube by PBKreviews.

The phone uses five clips to secure the display to the unibody. As 9to5Google explained, even if the glue would fail, inward pressure would have to be applied at different points before the display falls off, making it more secure.

The video shows that the battery and rear cameras are covered by graphite film. This will help prevent overheating, but it also showed there are no visible pull tabs, that would make it easier to remove the power cell. 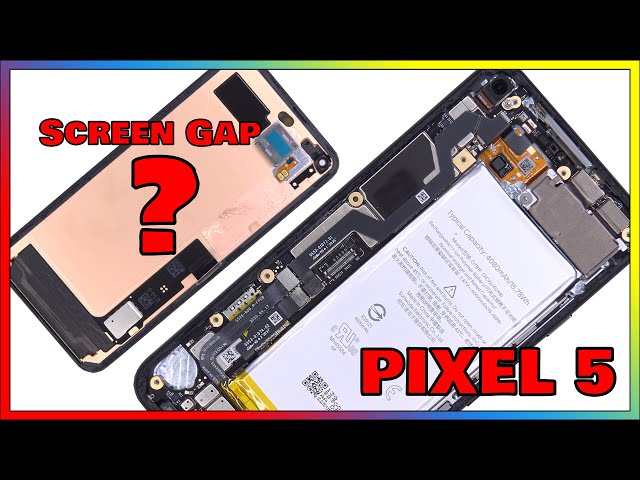 Some Google Pixel 5 early buyers had reported about a small gap between the display and frame of the phone. The gap is small but visible, and could let in dust particles and hamper the IP68-rated water and dust resistance of the phone. The smartphone by Google only recently went on sale but the screen gap issue is being reported in the phone’s Just Black colour variant as well as the Sorta Sage colour option.

Some Google Pixel 5 users also reported issues while placing their phones on the Pixel Stand. When the phone is placed on the Pixel Stand for charging, the screen reportedly wakes up with full brightness sometime in the night, even when the ‘screen off when dark’ feature is enabled. For some users, this issue is persistent and happens every hour.